It all started in 2000, when our Founder President Dato Dr S Harnam saw it fit that we need to change our outlook

on aging. Dato Dr S Harnam noted that growing number of elderly patients are moving into old folks home due to their morbidity. He was not happy about sending people to old folks home. He saw that aging is causing tremendous burden to the patient, family and the nation. He had a vision to help the elderly to be independent and doctors need to change their mindset towards aging. He felt that degenerative diseases of aging were treated symptomatically resulting in considerable impairment of quality of life, increasing morbidity and mortality of the aged.He could not just imagine seeing nations packed with nursing homes for the elderly. So something had to be done. This was when he met Dr Robert Goldman, who was in Melaka as a judge at a bodybuilding competition there. He had heard about this famous gentleman. He decided to drive up to Melaka with 3 others. Dr Goldman graciously shared his valuable time and enlightened him on what Anti-Aging Medicine was all about. Later with great dedication Dr Goldman delivered an eye opening lecture which was attended by many physicians’. That is the beginning of the birth and history of Anti-Aging Medicine in Malaysia.

The President and his executive committee organized the First Conference and Exhibition on Anti Aging Medicine which was held at the Nikko Hotel on May 1 – 3, 2004. Following a good jump start that year, the conferences and exhibitions have been held on an annual basis. Our society has since seen an increase in both in the participants and sponsors. Both local and international fraternities look forward to this annual event.

The Founder President’s effort was not left unnoticed. Dato Dr Harnam was acknowledged in Las Vegas with a Leadership Award by the World Academy of Anti Aging Medicine of the American Academy of Anti Aging Medicine (A4M and the American Board of Anti Aging Regenerative Medicine (ABAARM) in 2008. He was appointed on the Advisory Board of A4M, Medical Committee of Aging Research and Education (MCARE, A4M Ethics Committee, Distinguished Member of the Scientific and Executive Board Governing The American Board of AntiAging Medicine *ABAAM. He was appointed Honorary Scientific Advisor of European Council of Aging Research Education *ECARESince then he has been invited to speak at many national and international conferences in US, UK, Spain, Turkey, India, Japan, Korea, Thailand and Indonesia.

It was indeed a pleasure and a privilege for Dato Dr S Harnam to bestow a citation on to Dr Robert Goldman at the 12th Annual World Congress on Anti-Aging Medicine in December 2004, in Las Vegas on the conferment of the First Honorary Fellowship of SAAMM.

The Founder President is well respected by the members. After laying the foundation and infra-structure and serving as the President for 8 years, he decided to leave the helm of management. (to the younger breed.) On April 30, 2010, Dato Dr S Harnam made an announcement to retire as President and paved the way for our current President Prof Dr Selvaraj Y Subramaniam.

This conference promises to be an exceptional experience!
This is one event you don’t want to miss: take advantage of Early Bird
registration rates at RM900 for 3 days of mind-expanding world congress.
Registration opens now!
REGISTER ME
NOW ! 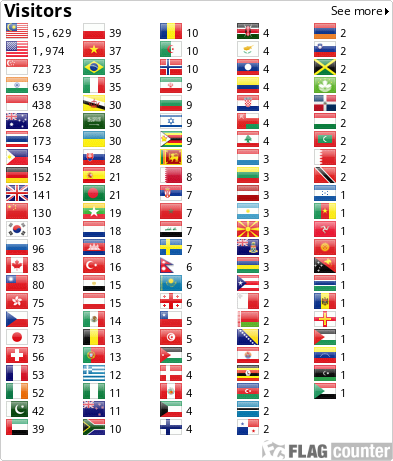